Today, Nana is sharing about her recent excursions with the twins.  A couple of weeks ago, after church, the kids had the opportunity to spend a fun day with Nana.  So, grab a cup of coffee or tea and read on…

When you live in the city limits you are not able to have animals other than domestic ones – a dog, cats, birds, fish, etc.  But when you have friends who live out in the country who have acreage or farms you can visit them. Recently after church I asked my daughter if I could take the twins with me to visit some friends. Of course my daughter knew where I was going and was anxious to have some alone time, so I loaded thegrandchildren up in my Honda and off we went to the country. 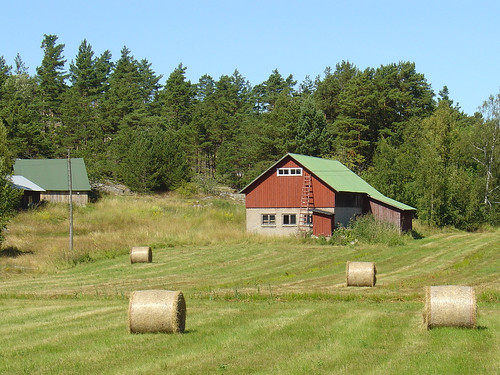 The first stop was a friend who lives on 100 acres and has chickens. We were stopping for farm fresh eggs. While visiting with my friend the grandchildren took off (with permission and we could see them) to explore this new place. After our visit and two dozen brown eggs later off we were to the next friend who lives on 10 acres. I teased the twins and said she lives in the middle of nowhere. Cause that is what my favorite cooking show “Pioneer Woman” says. They live down a long lane and this year there was corn planted on either side of the lane so when we arrived in the clearing it did look like in the middle of nowhere!

While visiting, her husband took the grandchildren out to see their animals which are sheep, guineas and two donkeys. They twins told me later they got to feed the donkeys biscuits. After enjoying our visit and leaving with a quart of honey from their own bee hives (which by the way the twins did not visit!). We headed back to their hometown and to their house which is in their little bit of country.

Our conversation in the car ride centered on their visits. My grandson told me the first farm had hundreds of chickens (which to a five year old were a lot which only was maybe 10 or so). And my granddaughter asked if a donkey was like a horse and can you ride them. We all made donkey sounds and chicken sounds and laughed all the way home!

So if possible try to take your city grandchildren to the country on a farm to see where the animals live, eat, and play.