It’s that time of year when kids head back to school, summer cicadas make their appearance, and those stupid crickets start chirping.  Normally, they don’t bother me much but this year they seem extra bad.  And, I swear they have taken up residence in my house.  Last week, I was walking out the door one morning for work and Bo was sitting on the couch with Nana.

I said to Nana, “I hate those crickets.  They make me crazy.”

Bo says, “Do you know crickets chirp by rubbing their wings together?”

I turned to look at him as I was walking out the door.

I said, “Are you sure?  I thought crickets rubbed their legs together to make the noise.”

Bo replied, “Nope, they rub their wings together.”

I walked back into the living room and sat down on the ottoman and asked, “Bo, how do you know that?  You are so smart.” 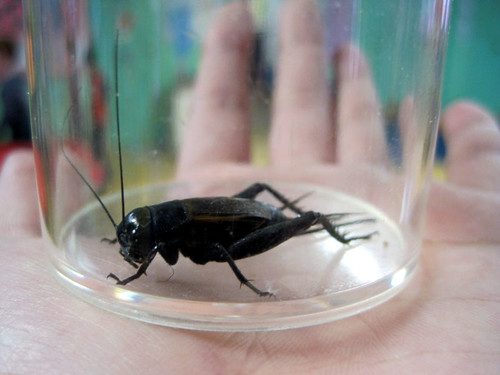 Just for the record, when I got to work that morning I looked it up – and he was right.  It is a well-known myth that crickets chirp by rubbing their legs together.  Bo was right – they open and shut their wings and the wings rub against their legs and that is what makes the chirp.

Who knew that Spongebob could teach kids something useful.

Of course, it doesn’t matter what makes them chirp.  I still hate the damn things.